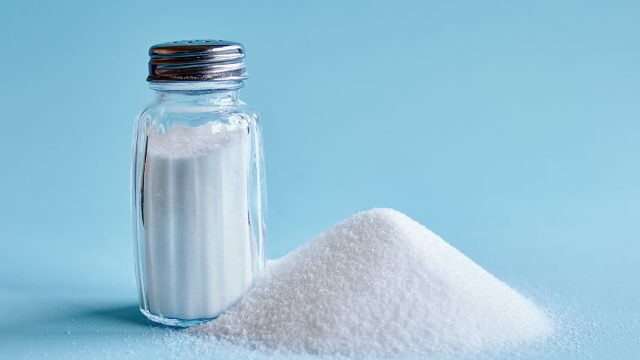 If you don’t watch your salt intake, it might be time to start. According to the Washington Post, American adults consume an average of 3,400 mg of salt per day — almost 150 percent of the federal government’s recommended daily maximum of 2,300 mg per day for people 14 and older. That’s about a teaspoon and a half.

While some sodium is essential to maintain the proper fluid balance and for nerve and muscle function, too much sodium can lead to major health problems, including kidney and cardiovascular issues. Experts advise cutting back on processed foods and reading nutrition labels to keep sodium intake within the daily recommended limits.

According to Healthline, about 70 percent of our sodium consumption comes from sodium added during commercial food production and preparation. In response, the Food and Drug Administration (FDA) has issued new guidelines to encourage food manufacturers, restaurants and food service operations to reduce sodium levels in 163 different food categories. FDA officials hope to bring the average daily maximum down to about 3,000 mg per day — a meaningful reduction, though still 700 mg above the maximum recommended daily intake.

According to nutrition counselor Joan Ifland, salt content in fast food alone has gone up about 23 percent since 2000. She recommends that consumers take control of their sodium intake by learning a few quick fresh recipes that can be easily prepared at home, such as sweet potatoes or seasoned meat patties that can be made in batches and reheated for quick meals.