Do Statins deserve their bad reputation? 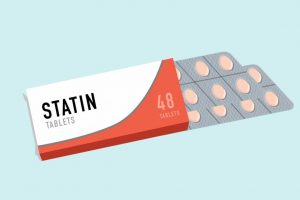 People report that statins cause muscle aches and other side effects, but a 2020 study suggests that may be true for only a small percentage of patients. Stains are cholesterol-lowering drugs, usually prescribed for those at risk for cardivascular disease.

Reported in The New England Journal of Medicine, British researchers enrolled 60 people in a study of statin side effects. Every participant previously took statins, but stopped because of side effects. They were given 12 prescription drug bottles. Four of the bottles had a month’s supply of atorvastatin. Four bottles had a placebo pill that looked like the statin pill. Four bottles were completely empty. During the next year, participants used each bottle for one month, following a random pattern. Every day participants recorded their symptoms by smart phone, ranking their symptoms from 0 (none) to 100 (worst possible symptoms.)

Still, researchers do think statins may cause symptoms in five to 10 percent of users. Here’s how you can analyze symptoms while taking statins:

* If the ache or weakness is recent and started within a month of starting the statin.

* If the pains are symetrical. For example, leg pain would affect both legs. Body pain would be on both sides.

* If the pain is unexplained and not caused by new activity or an injury.