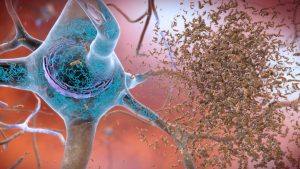 According to USA Today, Aduhelm reduces the amyloid-beta protein plaques present in the brains of Alzheimer’s patients. The plaques may or may not be the cause Alzheimer’s, but no one knows for sure — it’s just one theory of many.

Aduhelm is the first drug approved in 18 years for the Alzheimer’s, the cause of which is unknown. The new drug hasn’t been shown to reverse dementia. One drug trial found that a high dose taken over the course of 18 months slowed cognitive decline by about four months while a second clinical trial failed to show any effect. Meanwhile, at a cost of $56,000 a year per patient, Medicare could be strained. Followup studies could refine the amyloid-beta plaque theory as a cause of Alzheimer’s.