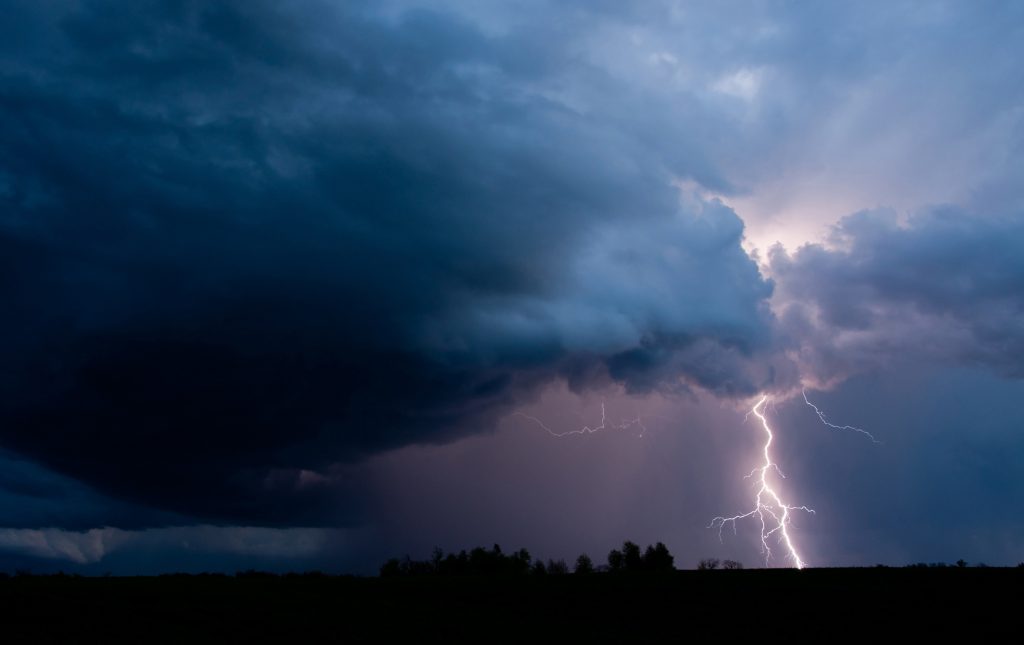 Walking through a field of weeds might give some an asthma attack, but a thunderstorm?
According to the journal PLOS ONE, researchers in Australia think that, under unusual conditions, lightning storms may cause a surge of asthma attacks.
Thunderstorm asthma is rare, but deadly. The first such recorded event occurred in 1983 and 22 accounts have since appeared in medical literature, according to Live Science.

When pollen counts are high, high wind may distribute pollen particles, but the pollen grains are normally too large to get deeply in the lungs. They mainly make you miserable in the eyes and nose.
Thunderstorm asthma events seem to occur when there is high pollen, high wind gusts, little rain and, what may be the key factor, lightning strikes and static electricity in low-humidity air.

Researchers think lightning and static electricity in the air break down the large pollen into breathable particles, triggering asthma attacks. Another theory is that wind gusts drive pollen to the clouds, where water saturates them and they burst.

The most dramatic example of thunderstorm asthma occurred in Melbourne, Australia, on Nov. 21, 2016. The weather that day was hot and dry. In the peak of the grass pollen season, the air held more than 133 grains of pollen per cubic yard. The storm dumped little rain while lightning and static electricity crackled through the dry air.

Public hospitals saw a 672 percent increase in patients with respiratory problems. Emergency calls inundated the medical system. In the end, 10 died from storm-related asthma.
Australian researchers are trying to develop an early warning system for thunderstorm asthma. They say the lightning theory isn’t perfect and more research has to be done.