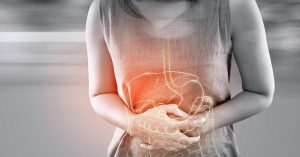 It’s one of the most common — and deadliest — cancers in the U.S. According to the Centers for Disease Control and Prevention (CDC), colorectal (colon) cancer is the fourth deadliest cancer, after lung, breast and prostate cancers.

While colonoscopies — the standard diagnostic procedure used to screen for irregularities in the colon and rectum — are highly effective, they aren’t perfect, according to Wired. Some precancerous and cancerous spots may be hidden or exceptionally difficult to identify.

Now, Medtronic, the makers of the new GI Genius diagnostic tool, says its AI-powered technology can identify even the most shadowed and difficult-to-identify precancerous polyps along the lining of the colon.

According to Yahoo! Finance, Medtronic has provided data to the Food and Drug Administration regarding the safety and effectiveness of the device, including clinical data. The results are impressive — one study found that the GI Genius increased cancerous and precancerous cell detection rates by 14 percent over colonoscopy alone.

AI technology is being used to detect more than just colorectal cancer. According to Nature, in one study of about 43,000 lung scans, an AI detection tool outperformed six radiologists who also viewed the scans. The AI tool reduced the number of false positives by 11 percent and false negatives by 5 percent.

While no one expects AI tools to replace physicians, according to Nature, researchers have high hopes for the future of cancer screening as more new AI-powered diagnostic tools are developed.